European association for the advancement of archaeology by experiment 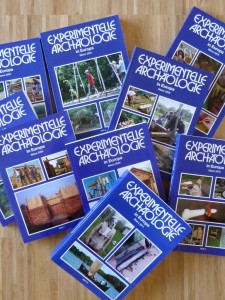 Instructions for contributors in “Experimentelle Archäologie in Europa”

Attention: The executive committee reserves itself to reject articles. Termination of submitting papers and articles is December 31th each year. The approval of print contains approval for future publications (also digital).

The presented text should not exceed 8 pages (Times New Roman, 12 point, one fold line spacing)  including keywords, a foreign language summary, bibliography, picture credits, German and English illustration signatures and author address. Also not more than 10 pictures can be presented.

The submitted text should be the final version. At the author’s correction only small corrections which don’t cut in the layout are possible. Rearrangement of the text, paste or remove whole sentences or blocks of text are not possible.

The only and complete order of the article consists of:

It has to be quoted according the so called natural sciences quotation rules; in the ongoing text in brackets – name of author followed by year of publication and page.

At the end of the article a complete list of references has to be made up in alphabetical order according to the following style: